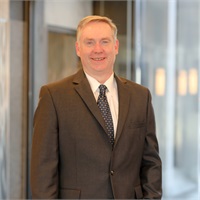 Greg Kennedy has worked in Huntington as a financial consultant for over 25 years and has become a well-known and valued member of the community.  After graduating from St. John's University, he became an advisor at MetLife and worked there until 1995 when he joined A.G. Edwards on West Carver Street in Huntington Village. In 2008 he decided to pursue his dream of owning his own financial services business and opened his own firm, Atlantic Financial Group, LLC, on New Street in Huntington Village.

Greg is President of The Townwide Fund of Huntington, Inc. after serving as an active member of the Board of Directors since 2009.   He is a Past President of the Ancient Order of Hibernians, Div. 4, and in January 2018, joined the Foundation Board of Directors of the Visiting Nurse Service and Hospice in Northport.  Greg is also dedicated to Trocaire and the food bank at St. Patrick's Church, as well as several other local charitable organizations.

Family, church and community are important aspects of Greg's life.  He is a life-long suffering Jets fan and an avid golfer.  He currently resides in St. James with his wife Cathleen, of 20 years, his 2 children; Sara and Ryan along with their 2 bulldogs Maggie and Mandy. Sara is studying Early Childhood Development at SUNY Cortland and is on the Dean's List.  Ryan attends Smithtown East High School where he runs track.  Much of Greg's time at home is spent coaching his son's various sports teams or serving as an adult leader of his Boy Scout Troup.